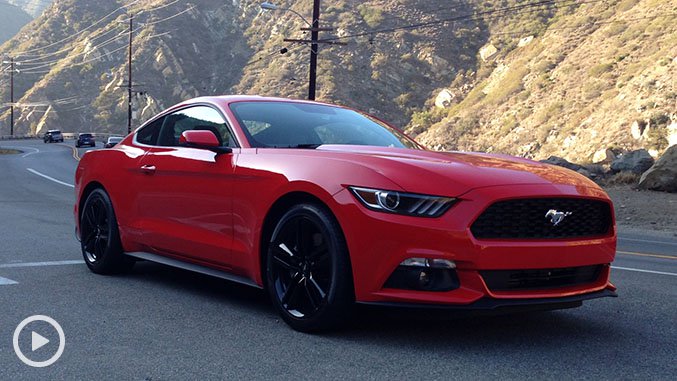 Buy a Ford Mustang EcoBoost and Flex Some Eco-friendly Muscle

The Ford Mustang turns a lot of heads with its classic muscle car style and distinctive engine roar. But a Mustang from your local Wichita Ford dealer is much more than just cool looks and power.

A 2016 Ford Mustang from Rusty Eck Ford is great for your budget as well, and shoppers are starting to ask about the EcoBoost MPG and performance of some of the Mustangs’ most recent engines.

The good news is that the EcoBoost advantage isn’t anything top-secret: it delivers unbelievable performance without sacrificing fuel efficiency. It’s like having your cake and eating it too, and the Holy Grail of muscle car design is back again for 2016 and available in exciting new colors as well.

We have a variety of 2016 Ford Mustangs with EcoBoost power in our inventory right now, and we invite you to stop by and go for a spin.

It’s simple science — you need to have air to have flame. The good news is that air is free, and that means that if you can make better combustion by leaning heavier on the air usage than gas guzzling, then you’ve just cracked the code of the modern muscle car.

That’s exactly what Ford did with the EcoBoost-powered Ford Mustang. Engineering a turbocharger to force compressed air into the engine gives the cylinders more firepower. And when you only have four-cylinders under the hood, which means you can get performance most would expect from a powerful V8 while getting surprisingly great fuel economy.

What that means for you is that you get all of the power you want from a muscle car like the 2016 Mustang … and additionally you get the money-saving efficiency of smaller and lighter cars.

The best news is that our sales staff loves test drives, especially in Mustangs! They’re always happy to show off the EcoBoost MPG, so visit Rusty Eck Ford today and give your heart and your wallet a thrill ride.